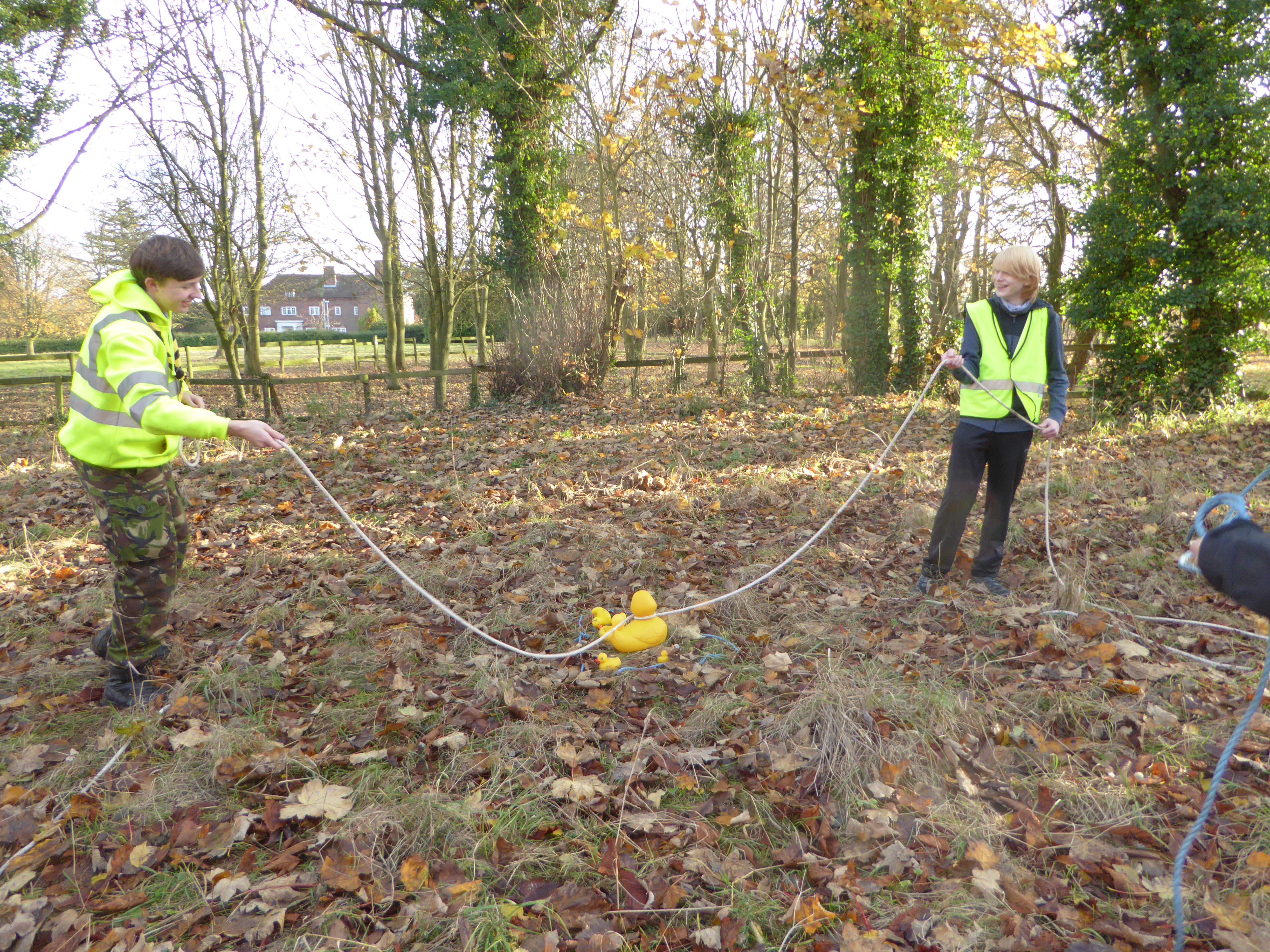 Marathon Challenge is CUSAGCs annual incident hike for explorers, senior section, network, leaders, SASUs, SSAGOs and all other over 14s in scouting. Teams are challenged to visit as many of the given 26 grid references in 9 hours as possible, the further out they go the more points they get. There are also some manned points with bonus points to give out for completeing their challenge and penalties for tardiness.

This year CUSAGC headed to Thaxted, Essex for our Marathon Challenge. On the 26th of November 78 participants in 18 teams set out from HQ in the Church Hall to navigate between the grid references they'd been given. This year 4 checkpoints sported friendly CUSAGCers ready to offer bonus points to passing teams, as long as they could solve their challenges.

Base Victor hosted a quiz, with rounds on European Languages and  Songs containing 'America' there was a picture round on Cub and Senior Section badges and a hidden theme round where the answers were things created in Genesis I (one explorer team even guessed the theme).

Base Romeo was very far away in the grounds of a dissuesed church and for some reason where the organizers thought best to put the club's chairperson. At Romeo the challenge was to rescue Gary and his duck friends from the island they were on. The only problem was the island was surrounded by duck (and scout, guide and leader) eating sharks.  Given a selection of items including rope, a climbing harness and a bucket you needed to pick them up and lift them to safety.

Base Foxtrot challeged participants to tie them overhand, reef and clove hitches. Only there was a slight catch, there was one giant piece of rope, everyone was blindfolded and you couldn't let go of the rope.

Base Oscar was the location of the first aid base, where an unfortunate incident had befallen all the CUSAGCers on this base. The teams were required to perform CPR on a non-breathing casualty, however they had to avoid falling prey to the others who were happy to distract them with their less serious ailments. Much fake blood ended up being spilt on this base.

Well done to all the teams who took part and hope to see you back again next year. Our next major event is Forward on the 4th of March which is for Scouts and Guides. Massive thanks to all the volunteers who helped on the day, Thaxted Church Hall for letting us use it as our HQ, the landowners for putting up with boot prints and tents and the participants who make this event worth running.

Also this whole event wouldn't have been possible without the massive commitment from our three organizers Matt, Amy and Meghan.  Thank you!